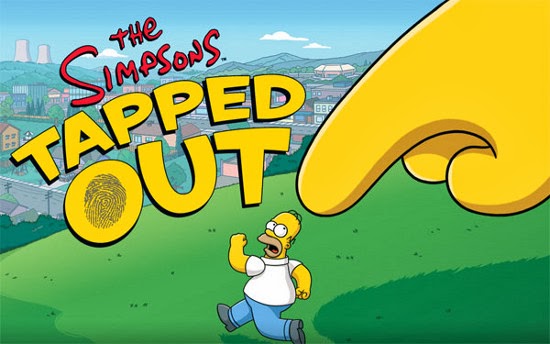 After giving the matter some thought, I have come to the conclusion that the only way that a gamer today could not be aware of EA's blockbuster hit The Simpson's: Tapped Out would be if they were allergic to mobile games and gaming on the move...  And maybe not even then.

The story in Tapped Out is pretty compelling and certainly believable (at least in terms of animated TV show believable -- not so much real world obviously):  Homer Simpson brings his myPad (the Simpson's version of Apple's iPad) to work with him and is playing a F2P Freemium Grinder and gets so engrossed in that game that he completely ignores the alarms going off all around him.

Homer is the safety officer at the Nuke plant.  His job is basically to engage the emergency cut-offs and the extra cooling capacity if the alarms go off -- and he not only totally fails to do that job thanks to the game he is playing, but that failure results in the complete destruction of Springfield, and its neighboring towns -- though how you could actually tell the difference between the Shelbyville before the disaster and after it I am not really sure...

Because I am writing the Unofficial SuperCheats Guide
to Tapped Out I have to play the game every day. . .

The SuperCheats Guide will help you play the
game without spending real-world money, so
if you get snared by this F2P masterpiece I urge
you to check out that guide...

With the town destroyed, your job in the game is to rebuild it -- and naturally enough you begin that process with a more or less clean slate in the form of an open and empty wasteland in which the only thing that is familiar to you is the nuclear waste and bits of the old Springfield that can still be found in the form of wreckage from houses and other buildings.

Homer starts out alone but soon enough has the assistance of his daughter Lisa -- which is a good thing because of the Simpson clan Lisa is pretty much the only one worth saving in a disaster situation -- and I am including Marge in that estimation, since she is at least as guilty as Homer in terms of blame.  After all she enables most of the bad that these people do.

The trick to playing this sort of Free-2-Play game is not spending money.  That may sound odd on the face of it -- after all it is a Free-2-Play game, right?  That means it is free.  You don't have to spend money to play it...

In the case of Tapped Out, which I have to admit the folks at EA's development studio did a really good job -- if I was asked to rate the currently available games in the F2P genre, Tapped Out would be number one, and number two would be another EA game, The Sims: FreePlay.

The game was engineered from the start so that a gamer could play -- and obtain pretty much the full measure of game play satisfaction -- without spending a penny.  It was also engineered so that a wide range of what are called "Premium Items" are available that, just like their name implies, require the player to spend real-world money in order to obtain, have been added to the game that are desirable to own and that -- here is the clincher -- actually make your game play better by owning.

These items range in types, but almost all of them have a cool factor associated with them, and almost all of them offer the player a bonus in terms of daily income in the game both in game cash and XP, that makes the game just a little bit easier, and a little bit better.  Which is why they are so insidious in that it does not take a lot of personal justification to explain why you chose to buy them. 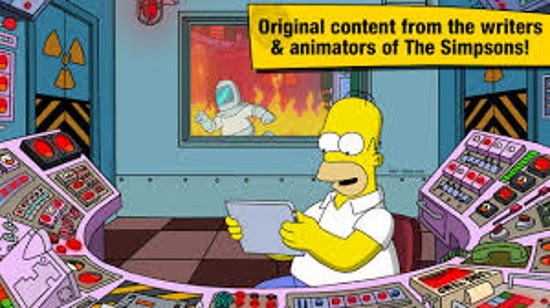 What is worse is the fact that the developers of Tapped Out, aware that it would help their revenue stream if they could communicate why Donuts were a good thing, and the things that you can buy with them will help you in playing the game, made sure that there was a trickle-sized supply of them for the players who were opting to play without spending money.

You get, in other words, enough Donuts (eventually) so that you can buy one of the Premium objects or buildings.  Of course deciding which one you buy -- and you can only afford to buy ONE -- is something of an adventure in its own right.

Then there are the bonus items that are intended to keep the player playing the game -- particularly the daily collection selection that, if you are there once a day, each week, at the end of the week you collect a Mystery Box that -- this is the kicker here -- can actually reward you with some of the Premium items or buildings in the game!

Don't discount that as a scheme that doesn't pay off because it does...  Because I am writing the Unofficial SuperCheats Guide to Tapped Out I have to play the game every day -- and because I play the game every day, I have benefited from the different play elements (like the daily collection) so I can testify that it actually does make a difference in play, and you actually CAN obtain the top-end prizes that it offers -- though you are more likely to get the lower-end prizes -- I know this because I have gotten them all and the bottom end of the stack most often.

To put this in perspective for you, the prizes that you can win from the daily collection come from the Mystery Box that you get on the seventh day -- as long as you don't miss a day because if you do that resets the collection.  The following prizes can be had from the Mystery Box (with the odds of winning noted):
* Premium Item - can actually be purchased with Donuts in the game.
** Special Item that can ONLY be obtained as a prize from the Mystery Box.  The Lemon Tree is also the only decoration item in the game that has a timer and rewards the player with money and XP.

That's right you can actually win a Mystery Box when opening the Mystery Box you won -- which really is a sort of do-over, but considering that the cost of a Mystery Box is 6 Donuts, it is an expensive do-over!

Considering that some of the Premium Items in the list have chances that are fractions of 1% you might be thinking nobody ever wins them, right?  But you would be wrong.

The thing about winning is the more chances you have to win, the more chance there is that you will win -- and because I play the game every day, that pretty much puts me in the top of the stack of players with a chance to win.

Would you be shocked to learn that over the course of the year-and-a-half that I have been playing the game every day I have actually won all of the prizes on that list except the $2500 prize?

Not only that, but I have won the Homer Buddha Prize (that is an object similar to the Mystery Box in that it has its own list of prizes but it costs Donuts to play) and that from the Homer Buddha I have actually won some very desirable (and long-odds) prizes including the Springfield Sign, the Duff Brewery, and the Volcano Lair?

Granted I am not sure which of the Homer Buddhas I won them with that was free, or which I actually paid for since I tend to use the Donuts that I get free in the game to buy a Homer Buddha every time I have the 15 Donut price tag, but still free is free! 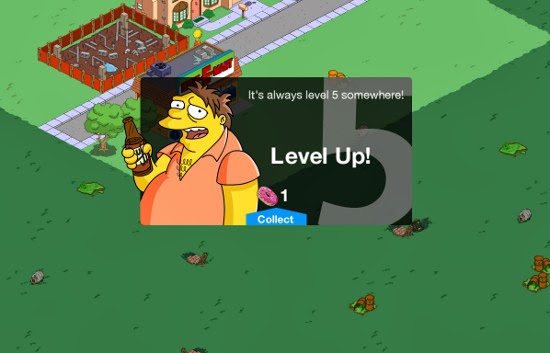 The Problem with Tapped Out

I keep running into a problem with the game -- it is not a game bug, it is not really a problem at all if you think about it but really it is -- the problem you see, is me.

Even though I know that there are going to be objects that the game requires me to purchase using in-game cash -- expensive objects mind you -- and objects that are required in order to progress the quest and thus the game story, I constantly find myself struggling with myself not to spend the money I have saved up on just one more land-expansion, or just one more decoration that will put the finishing touch to that block in that neighborhood of my town.

Yeah, I have been bitten by the Tapped Out bug, and I got it bad.

I am not one of those players who can be satisfied with jamming all the buildings into the smallest amount of real estate possible, ignoring placing of roads, paths, and the like.  I have to have my town look like a town, damnit!

Neighborhoods should have the sort of service-oriented businesses that they have in real life!  There should be convenience stores, gas stations, and restaurants -- and if you have a public building there should be adequate parking!

Sure, that uses land that I might otherwise pack six Brown Houses into, or three Orange Houses, or come to think of it, four White Houses...  But no, that won't work.  After all you have to have some class when you are planning out a town!  Right?  Right?!

You know what the worse thing about playing games like Tapped Out is?  The worse thing is when you realize that YOU are part of the target demographic that the game was made for.
The Thoughts of Unknown on Thursday, January 16, 2014