Like most people I am a creature of habit and routine; each day I follow a set of patterns that begins with waking up and checking my email over a cuppa, answering the messages that require my attention immediately before breaking my fast, and then dealing with the rest of the email on an as-needed, as-deserved basis.
Along with those answered messages are invariably a few new messages that I must create to deal with the things that need to be dealt with, and this first pattern of habit begins both my personal and my working day. 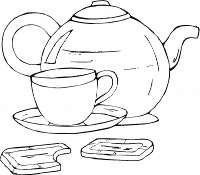 What follows is a pattern of routines: I read and review the wire service reports, prioritize the press releases that I have received as email directly from the PR's, and compare those to the report that is maintained on a pair of industry websites before selecting the stories that will make up the morning video game news contents for Gaming Update.
In addition to the above activities, I also review and select the various news pieces that have been submitted by the other members of the site's growing staff of talented writers, selecting and approving the pieces that are destined to be included as the day's gaming news feed from the other writers, performing these tasks and making these decisions in my capacity as unofficial sub-editor.
With all of that managed, I then depart IRL for work, where I perform the work-like things that the physical space is reserved for at that place called work, and at some point in my day I have Skype conversations with the other staff writers/interns for GU, during which we will discuss the topics for their upcoming pieces / coverage, and participate in the social side of those relationships.
This can mean anything from simply gossiping and exchanging links to the websites/pages online that have most recently attracted our collective attention, to participating in organized social activities -- for example we have our own small group on the Facebook social game Farmville within which we often pursue group-oriented efforts such as growing specific crops for crafting and the like.
By mid-day the bulk of this set of routines is completed, not to be repeated until the following morning when it all begins again and anew!
Randomness that is Not Random
Following the completion of that small element of work-mixed-with-socialization I fall into the next regular set of routines; completing outstanding assignments for the other publications that I work for, taking care of research for upcoming columns and articles, and organizing my list of Things That Must Be Completed and Acted Upon™ and, once those are finished to my exacting standards, I break for lunch, eat it, and spend some time visiting the websites and pages that I normally visit at that time of day (and thus performing yet another of the many routine activities that collectively make up the varied but regular subroutines of an average day).
Friday, September 23rd, 2011 meant popping-open my bookmarks folders, navigating to the one whose title is "Blogs" and paying visits to:
(1)The Daily Girl Attack Panic Super HD Remix Blog, where I catch up on what Lauren has to say since my last visit. Lauren is, if you are not aware, an incredibly intelligent and observant girl gamer who, though temporarily seduced by the Dark Side (PR) is nevertheless in the foundations of her soul and, most important, in that moment before hitting the Start Button, a committed gamer and games journo. One of us, in other words.
In addition to being a genuine gamer, Lauren is also a freelance writer and her observations on the pink weapons skins for Gears 3, light musing on Dead Island, and her observations on immersion (or rather immersion-breaking aspects) in Deus Ex: Human Revolution (A) interest me, (B) cause me to agree, and (C) feel like she was somehow inside my head and thinking the same thoughts as I was on that subject.
(2) My weekly visit to Audra's Australian Adventures Blog where I quickly catch-up on the thoughts of an interesting young American woman (now technically Australian-American since she took the plunge and legally became an Aussie not too long ago), which is always worth the time spent visiting and reading the pages.
(3) WWdN: In Exile, my third blog-site stop of this particular subroutine of my routine is always where I am happy to see the advice that opens every visit: "Don't be a dick!"
This is of course the blog-slash-wisdom-and-observational-offerings of actor, author, and all-around interesting fellow Wil Wheaton, a man who has spent so much time in my bedroom on one screen or another that I almost feel as if we have some sort of relationship.... And interestingly enough of the three blogs that are part of this subroutine, Wil Wheaton is the only person/blogger involved who I have actually met and spoken with IRL...
While some of the dedicated Trekkies out there say that they dislike Wil's character in STTNG, I simply cannot see how they could possibly have reservations about or concerns over a writer who is also an actor and who IRL not only writes and acts, but also (A) brews his own beer/ale, (B) is a seriously dedicated gamer, (3) regularly speaks and/or/as well appears at PAX Prime, PAX East, This Con and That Con, and (D) would find my mixture of alpha-numeric points amusing. I am just saying...
GIGO: an Acronym that has Nothing to do with the TV show Weeds

One part of my daily routine that hardly ever varies is my need to discover factoids and stories, history, and other bits of largely useless and trivial information that somehow relates to my life -- or I can convince myself that they do -- often in very loose and hard to link ways :) Thoughts about some aspect of life in Chez BF is often the motivating factor, and of course the Internet and the Web are just about the perfect vehicle for that sort of hit-or-miss digital joyride. Often these trips begin while I am searching for information about a piece I am writing, but just as often they can be a subject casually related to games, gaming, or my dog.

In my home office resides my collection of video game consoles which lay about in various positions of attention, parade rest, and sprawl upon the broad and flat top of the oak armoire that is the one piece of furniture that Yvonne owned (along with an ancient but fully-functioning 1951 model RCA Victor 45 self-contained turntable) when we moved into our first flat together in New Haven -- the one that was just across the street from Saint Rafe's -- in the bad old days of the early 1990's when if we were not off at an SCA event, we spent our Saturday afternoons pwning Yale underclassmen from Psi Upsilon, KASY -- and the odd Spizzwink -- at our regular weekly AD&D game. 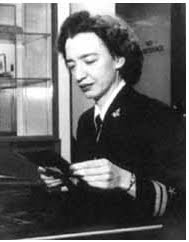 You may find this amazing (I know I do) but those Saturday AD&D games took place each Saturday afternoon (well yeah) starting at 15:00 GMT -5 and ending at 20:00 GMT -5 (or thereabouts) in the very dorm room that was once the home of Rear Admiral Grace Brewster Murray Hopper (December 9, 1906 -- January 1, 1992) but at the time of our gaming sessions, was the lawfully registered domicile of one Gregarious Root (not his real name but actually his genuine 'Nym) -- and yes, his last name does mean what you think it does and, together, the two names do mean what you fear that they do; as many a formerly chaste young lady from the nearby seat of higher education Albertus Magnus often discovered.

Now, in addition to rising to the rank of Rear Admiral, and having the United States Navy vessel U.S.S. Hopper (DDG-70) named for her (which BTW you can get a 1/350th scale plastic model kit for from Trumpeter Models), Admiral Hopper is famous for a number of reasons, including the fact that she is the person who coined the phrase "Computer Bug" when, in 1946, while serving as a research fellow atHarvard University's Computation Laboratory, she worked on the U.S. Navy's Mark IIand Mark III computers, inventing the term "computer bug" when sheremoved a dead moth from the switching contacts of the Mark II that was preventing the program run from completing properly.

We were playing our weekly game of Dungeons and Dragons in the rooms that the female version of Einstein basically conceived and drafted her doctoral dissertation: New Types ofIrreducibility Criteria, and where it is probably safe to assume she formulated many of the ideas that eventually lead to her theories on simple platform-independent computer programming languages and COBOL, and how cool is that?!
The Thoughts of Unknown on Saturday, September 24, 2011