The 5th Generation
When Pokemon Blac 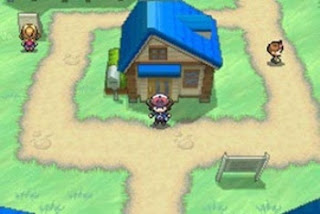 k and Pokemon White were released on March 6th they ushered in the era of the 5th Generation of the series, the significance of which has more to do with the stories and the world of Pokemon than any real differences in the games. I should explain that before we go any further into this post I suppose...

Most gamers think that the Pokemon series began with the anime TV show Pokemon, but that is not what happened. The question of the chicken and the egg is no question at all in the case of Pokemon -- as the original game that started it all, Pokemon Green, came first -- but Pokemon Green has a unique story to it in that it was only ever released in Japan.

The media empire that Pokemon turned into began with a simple game for the Nintendo Game Boy - the original one mind you, the black and white one not the color Game Boy -- called Poketto Monsutā, or Pocket Monsters.

Pocket Monsters was initially released under that title, but a conflict with another game of the same name made it necessary to rename the game. To avoid any confusion the folks over at Game Freak -- the studio that created the game -- decided to rename it Pokemon, which was a combination of Pocket and Monsters, and so it was released as Pokemon Green.

The original plan for the game was to release two color-coded versions of it, with each of the versions having a slightly different collection of Pocket Monsters -- Pokemon I mean -- in order to encourage gamers to seek out each other in order to trade the ones that were not in their version, thus completing the "Pokedex" that is a foundation element of the games. The Pokedex is a sort of electronic encyclopedia of Pokemon that the player is completing at the request of the Pokemon Professor who plays a central role in the games.

When the games unexpectedly caught on like wildfire, nobody was more shocked and surprised than Nintendo, who really only published the game because Ken Sugimori pushed for it. With the initial sales figures being very modest, the directors of the portable games division at Nintendo thought that they understood the games and their limited potential, but then something unexpected happened -- a Pokemon named Mew.

When the games were initially released players were made to believe that there were 150 unique Pokemon in them, though in fact there were 151. The first 150 were standard Pokemon, while the 151st was a Legendary 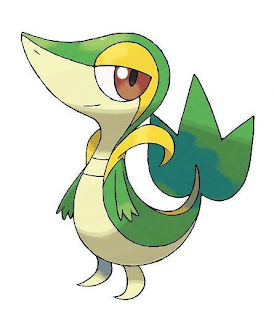 Pokemon. The existence of that 151st Pokemon, whose name is Mew, was held back from the public because originally Game Freak had planned to do a marketing campaign surrounding Mew, but this event never took place for a number of reasons, not the least of which was the lackluster support that Nintendo gave the game with respect to promotion.

At some point after the games were released on February 27th, 1996, a gamer accidentally discovered the existence of Mew. This information spread quickly, and resulted in the magazine CoroCoro announced a "Legendary Pokémon Contest" to distribute Mew to twenty very lucky entrants.

It should be no surprise that the exclusivity of Mew and the very limited quantity were just the push the games needed, and sales went from modest to hotcakes literally overnight.

There were several elements to the game that explain its popularity -- its competitive nature, the collectible aspects, and its use of the game cable that allowed players to connect to each other and play with and against each other all contributed to its popularity -- and then of course there was Mew, so it was not long before gamers outside of Japan learned of the game and wanted to play it.

When it came time to make the game for regions other than Japan the decision was made to create the export versions based off of the the second game -- Pokemon Red, which had slightly improved graphics over Green, so Green was abandoned, and the two new versions that were released worldwide became Pokemon Red and Pokemon Blue.

The Game Evolves into a TV Series

About the time that all of this was happening, the huge popularity of the games in Japan made the creation of an anime-style half-hour children's TV show a natural choice for Game Freak, and it was the combination of that show and the games that solidified the brand as a media empire.

The games evolved with Nintendo's Game Boy, with Red and Blue soon complimented by Yellow, which more closely followed the TV show in that Ash's Pikachu could follow along behind him outside of its Poke Ball. When the Game Boy Color was released, Pokemon Crystal and then Silver and Gold follow 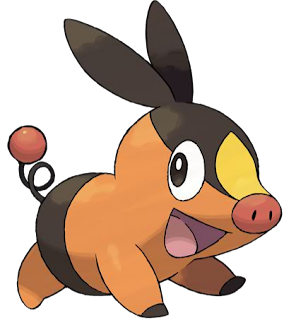 ed, comprising the first two generations of the games.

The events on the TV show closely mirrored those of the games, which made a wonderful media combination in which gamers could watch on their TV screen the same places, characters, and adventures that they were having in their games.

The third generation of games was built for the new Game Boy Advanced console, and began with Pokemon Sapphire and Ruby, establishing the third "bridging" game format that presents the elements of both of the first pair in a series as one collective adventure, which for generation three was Pokemon Emerald.

The change to a new physical format for the cartridges and the lack of connectivity made trading for earlier generation Pokemon impossible in the new games, but the issue was fixed by the release of Pokemon FireRed and LeafGreen, which made the first generation Pokemon available to players.

The fourth generation of games -- Pokemon Pearl and Diamond with the bridging game Platinum -- were made for the new Nintendo DS platform, but unlike the previous console change included connectivity that allowed Trainers to transfer their 3rd generation Pokemon into the DS games.

The series was nearly restored; the release of Pokemon HeartGold and SoulSilver finally provided a complete source for all of the Pokemon in the current National Pokedex, and the adoption of a WiFi-based system for trading and for the distribution of special Pokemon, which nicely leveled the playing field when it came to completing the Pokedex -- and this brings us full circle to the 5th Generation of the games!
Pokemon Black and White

The release of the 5th Gen games came less than a month before the launch of newest Game Boy console version -- the Nintendo 3DS -- though the games were not created specifically for the 3DS platform. That makes a lot of sense, considering that the Nintendo DSi will likely remain the dominant portable console for Nintendo fans, at least for the foreseeable future, due to the high cost of the 3DS.

When Black and White released, the first WiFi-based Wondercard was literally a day-one event, bringing together the last three special events from the 4th Generation and the new 5th Generation, with Trainers able to obtain the Liberty Ticket that gives access to the first Legendary Pokemon within minutes of starting to play.

Pokemon Black and White are a huge leap forward for the games, with a deeper and more complex game world, and an interesting story providing the foundation for what is already being declared the best Pokemon game ever by gamers.

The games fully embrace the Internet in a way that goes way beyond what the 4th Generation managed -- and considering that Diamond, Pearl, and Platinum were about as connected as you could want, that is saying something!

At this point I am most of the way through Black -- and as I am also writing a walkthrough / guide for it, my first play through has been very complete. Black is my XX guide -- I also did walkthrough guides for Pokemon Emerald, FireRed, LeafGreen, and HeartGold -- nicely covering the modern takes on most of the generations of the game! 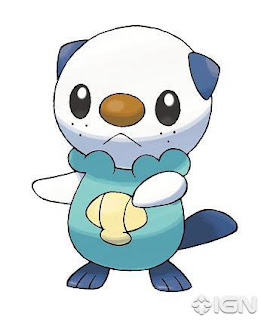 The newest generation of Pokemon are a unique bunch, though because the games retained the well established 17 major types the differences are mostly appearance and the strength of their abilities, so no real surprises. Having said that though, even if this generation does not contain the cutest Pokemon, or the most ferocious, it still has more than a few stand-0uts that are sure to be fan favorites, though surprisingly these are not the starters!

The trio of monkey Pokemon that match the three starter types -- Fire, Water, and Grass -- are real stand-outs in that respect, but we will have to wait and see whether the starters begin to gain popularity on the same level as those of previous games.

The differences between Black and White are pretty profound, with the games each having a specific are that is unique to them -- that is a departure from the previous traditions, which generally only extended to the Pokemon and not he lands. There is a significant difference in how the world is viewed between the two, and it will be interesting to see how those two facets are addressed in the bridging game that will likely be released next year.

So far the 5th Generation of the Pokemon series is everything that we could have hoped for -- and with the TV series well into adventure now, the overall media experience is there. So send me your Friend Code so we can battle, right?
The Thoughts of Unknown on Wednesday, March 30, 2011