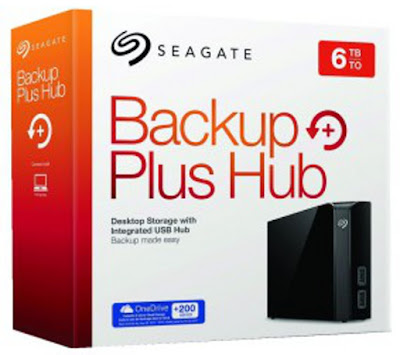 Recently I discovered I was in a little trouble - my Xbox One started acting really funny and at times would slow down to a crawl.  That got my attention - and I took a look via System and discovered to my horror that the internal drive was down to 7% capacity - while my 2TB external (a Western Digital My Book) was down to 11% available capacity!?
I don't know how I let it get this bad - honestly.  I am usually pretty good about keeping an eye on that sort of thing - and yet it happened.
I moved what I could from the Internal drive to the External - it was not much - and then made the hard choice of deleting some of the games.

This is almost always the choice of last resort - because even if you pick smaller games you are usually going to take a hit in terms of re-installing and then patching them.
Who could predict how nasty this situation could get?  The Xbox One came with 1TB of Internal storage (when my original X1 died I ended up replacing it with the 1TB Forza Edition X1) and as I had the 2TB external storage I was thinking - great!  I have 3TB of available storage - I will be just fine for-ever!  Cha!
So yeah, here I was with no more room and the lack of swap space on the Internal is slowing everything down.  There was really no choice to it - okay that isn't true - there were choices to make.  Should I just buy another My Book and  plug it in?  That'll give me however much the second device has as more storage.  Right.  OR should I outright replace the My Book with something bigger?
On the plus side, Peter needs a drive and, if I replaced the current one I could then pass it on to him.  But if I replaced the current one, how big should I go??

How Big to Go?

If someone else asked me for advice on what to do here, I would always say "get the most you can afford - bigger is better!" but, do I follow my own advice?  Huh.
Instead of just making a decision based on desires I ended up doing the educated thing, and looking up the stats and cost of a wide array of units - the idea being to find the fastest ones and then compare their prices and the cost per TB of these units.
Fast in terms of external storage is 7200RPM.  Cost per TB though - that varies and especially if you are getting the unit on sale.  But overall and narrowing it all down I decided that there were basically two choices: Seagate or Western Digital.
Doing my due-diligence, and discovering that my local big-box had sent me a 20% off computer purchases - I ended up going with the 6TB Seagate unit.  It's fast, it's small, and with the coupon the per-TB price was not even close to being painful!  Just so you know, $28 per TB is the average cost.

The Segate is installed - and it took a LOT less time than I thought it would to transfer the contents of the old drive to the new.  I am wicked pleased with the performance and the ease of installation for this device.
If you are looking for an external drive / storage for your Xbox One, I am happy to recommend  Seagate's 6TB Backup Blus Hub.  Good times were had.  Good times.

In the process of moving the contents from the Western Digital My Book to the new Seagate drive I have noticed an odd event - for games with less than say 20GB the transfer is wicked fast.  For games that were more than 21GB they were noticeably slower.

When I started looking around I discovered that the Internal Storage was actually down to just 6% available space.  I didn't think that could be it - after all it should be copying external drive to external drive, right?

Except when I freed up some space on the Internal Drive (I took it to 20% free by moving some of the games to the new Seagate Drive) that slowing down problem?  It went away.  So if you are in the same boat I am in I suggest you make a chunk of room available on your Internal Drive just in case.

Well, if you're a gamer (As am I), the it's quite easy to use up your storage. Buy a game here and there, and the next thing you know you've run out of storage space. I have a 2TB raid array on my gaming laptop, with a 5TB external Seagate drive. The laptop has 136G of space left, and the external has around 400G left. And the laptop is used *only* for gaming. Go figure. So I can definitely relate to your predicament.