I don't believe that I have ever been more frustrated with a game than I am presently with Fallout 4.

Ever since the pre-expansion patch arrived two days ago to install setups for the upcoming Nuka World Expansion for Fallout 4 the game has been crashing a LOT.  And there does not appear to be any predictable relationship to what is causing it to crash.

When I say crash I do not mean bug, or hiccough, I mean violently freeze, make horrible noises, and then crash to the console desktop!

Based upon what I am reading on the chat boards I am not alone here.  Xbox One players all over the world are reporting the sudden breakdown in reliability and excessive crashes of the game.  So that begs the question what in God's name did they DO?!

Ordinarily this would not be that big a deal.  I would simply stop playing the game until the next patch arrived - or in this case the Nuka World Update and Expansion - since that should at least in theory be when the problem gets fixed.

But I cannot do that.

Unfortunately through a combination of circumstances I am in what I can only call "Catch-Up Mode" due in no small part to the massive guide project that was DOOM 2016.

Well no, it is not entirely DOOM's fault.  See what happened was this: I accepted some guide projects without actually thinking about the fact that two of them were excessively scheduled for updates.  Those games are Fallout 4 and Hitman 2016.

Fallout 4 was set for a regular grouping of expansions that would arrive between a month and three months apart.  Now normally that would not be that big a deal, but you see the release scheme for Hitman changed to an Episodic Release that was set for monthly updates and expansions.

I knew that but I did not actually think through just what it would MEAN in practical terms.

In addition to all of the above I was also doing a guide project for Tom Clancy's The Division - but that was not a real problem because there is an understanding in place that I would be doing that guide project in-between the others.

But then the wizards behind Hitman announced that they would commence the Elusive Targets updates.  Elusive Targets are actually very special Time-Restricted contracts and so they represent rather important content releases that were ALSO happening on a semi-regular basis.

The problem with THAT problem was this: The Elusive Targets Contracts are progressively more difficult and each one pretty much eats up an ENTIRE DAY between game play, finding the best strategies, writing it up, and editing its videos.

The actual video upload process is pretty passive with the exception that once the videos actually get uploaded and processed at YouTube each one has to have its information data-entered, and then they have to be inserted into the guide pages.   Not a big deal but still, these little snippets of time add up.

Things get more complicated though when you stop to consider that I have a day job.  Not only that but it is the time of year when people at my day job are taking their annual paid Summer Holidays.  What THAT means is that the rest of us who are NOT on paid Summer Holiday have to pick up the slack for those that are since they are not available to do their work.

Now tack onto that the following personal disasters that have cropped up over the past four months: 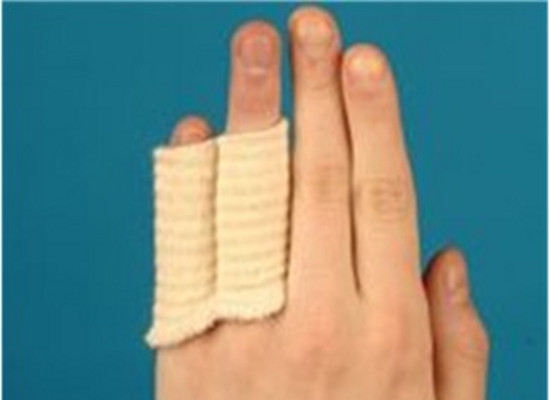 1. Physical Health Issues.
I had a health issue that could not be ignored.  Think broken hones. Think "interfered with my ability to type."  Now I make my living typing.  In fact when my hands are in optimal condition I type at a rate that is over 110 words per minute error-free.  Once I get over 110 wpm errors tend to creep in but they are mostly subconscious ones - like typing "every" when I mean "ever" or "to" when I mean "too."

Unfortunately those sort of errors suck because if I don't catch them - and when I type I am looking at the screen not the keyboard so there is a better than decent chance that I will catch them - but when I don't it means that the only way to detect them is to read through the entire document.  Because a spell-checker is not going to find those.

But with cracked finger bones and crushed knuckles (please don't ask) my wpm has dropped to something like 20 if I am feeling good - and 20 with errors if I am not.

2. My Car.
Almost a month ago a young girl teenager monster drove her car into the back of my car.  Let me be clear about this - it was not an accident in the normal sense of the word, as there was no horror-filled seconds filled with fear and screeching brakes as the driver realizes they are about to rear-end a car stopped in front of them at a traffic light.

No, this was more like she did not know that she was going to hit me until AFTER she hit me.  Yes, she literally drove her car directly into the rear-end of my car.  She never touched her brakes.  She never looked up to see my car.  People could have been killed!

What made this worse was my horror-filled fears because my daughter Autumn and her boyfriend Charley were in the back seat of the car.  Here is the thing - I genuinely like Charley.  I very much love my daughter.   So the thought that either of them might be hurt sends my blood pressure and fear through the roof.  Now add to this that my wife was also in the car.

While nobody was killed - and nobody appeared to be seriously injured - with this sort and type of impact and injury there really is no reliable way to KNOW.

Now add into this that Charley initially did not want to be seen at the A&E because Charley is a special kid who is very shy and really REALLY prefers not to be subjected to the attention of strange people who he does not know at all - even when they are doctors in the A&E who are there to help.

So I spent a very restless 24h worried about him until the urging of my wife and daughter and his mum finally got Charles to go to the A&E.

The butcher's bill at the other end of this appears to be nothing more serious than torn muscles.  I am praying daily that this does not change.

In the interim I now had no car (my van was in the shop getting a new starter and brake job) so for a week we had to go into disaster mode - because the only vehicle that Yvonne could borrow from work was a ute from the fleet, and I cannot easily get in or out of that.

Public transportation is more iffy on the Cape than not; instead of trying to use the bus (only 1 in 4 of the regular buses on the route that I would have to use to get from Hyannis to Falmouth) I ended up crashing on the couch of a workmate for a week while we waited for the van to come out of the shop.

That sucked (no I don't mean my mates couch sucked - I really appreciate him offering me that crash space).  I am very grateful that he extended that privilege to me.

Unfortunately for that week I could not do ANY guide work because I didn't have access to my console, the gamed, or my capture system.  And that meant that I was getting behind on the schedule I had worked out and that was bad because it basically forced me into a sort of perpetual catch-up mode because new content was released for all of the games I had under project in that week.

Things are better now - the van is fixed and we found another economical hooptie with comfortable seats, lots of leg room and a trunk is sufficiently large enough to hold my mechanical chair.  The new car is not new-new - it is a used car that is new to me - and is a 2001 Toyota Avalon.

I keep telling myself - It could be worse...